A not for profit organization which provides challenging, enjoyable & reasonably priced outdoor adventure activities for members. 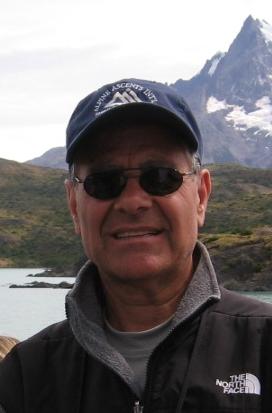 John’s mountaineering adventures began in 1998 with the ascent on Mount Kilimanjaro. Experiencing the sunrise from the roof of Africa was one of the most fascinating life experiences, and it was the catalyst in getting him hooked with mountaineering.

The subsequent climb involved Island Peak in Nepal in 1999, after a brief visit to Everest Base Camp and some trekking in the Khumbu Valley.

Climbing Aconcagua, the highest mountain in South America was the next destination with two attempts in 2000 and 2001. It was also in 2001 when John participated at the expedition on Mt Baker, as a climber videographer. Climbing Mt Baker was the time where the “Summit Sensations Club” idea was conceived by Keith Sullivan.

Year 2002, Equador. Mt Cayambe, Mt Cotopaxi and Mt Chimborazo were next in John’s agenda to be climbed. Five other friends from New England joined him in participating at that expedition, which was lead by Alpine Ascents. Later on the same year the second “unofficial” Summit Sensations climb took place. Keith Sullivan organized the Mt Rainier climb, where John as a participant climber did not miss the opportunity to videotape the event. The Summit Sensations Club was officially formed soon thereafter.

Other technical climbs involved Mt Khuiten in Mongolia in 2003 with Alpine Ascents and the Grand Tetons in 2004 with Exum Guides.

Mountaineering and Climbing are only a part of John’s love for the outdoors. Trekking through fascinating world destinations is a big part of his life. John has lead twice small groups to various parts of Patagonia and has explored Fiji, Tibet, Bhutan, Thailand and New Zealand.

There are no upcoming events.